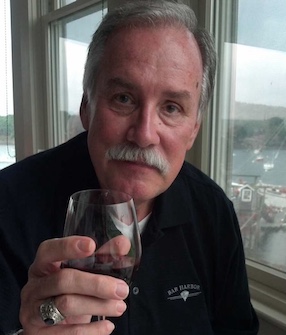 Leon was born in Newark and grew up in Succasunna, New Jersey. He graduated from Roxbury high school in 1964. He is a 1968 graduate of

Rutgers University school of engineering and furthered his education at the University of Michigan school of business executive program.

Leon started his career as a ceramic engineer at Howmet Corporation in New Jersey, Martin Metals in Illinois, Precision Founders in California and ultimately ended his career as Chief Operating Officer at Hitchner Manufacturing in Milford, NH.

Leon leaves behind his wife of 52 years, Marianne, his son Christian and his partner, Patrick Toth of Andover, Ohio; his son, Matthew and wife, Augusta and his two granddaughters, the joys of his life, Abigail and Stephanie of Milford, New Hampshire.  Leon was pre-deceased by his parents, Charles and Irene Stillwagon of Modesto, California and also leaves behind his four brothers; Charles and his wife, Cheryl of New Jersey, Keith and his wife, Alicia of Maine, Gerard and his wife, Brenda of California and Paul in Florida, as well as many cousins, nieces and nephews.

A celebration of life will be held at a later date because there is just so much to celebrate about Leon’s well lived life. To plant a memory tree in Leon‘s honor please visit the memory tree site at legacy.com