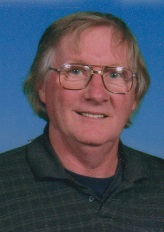 He was born July 29, 1946 in Somerville, MA, to the late John W. and Catherine (Cushman) Naughton. He was predeceased by his wife Rachel J. (Grondin) Naughton who died in 2005, also a brother William Naughton.

George was a self-employed truck driver for many years. He loved traveling, going to auctions and was an avid card player.

Calling hours will be Tuesday, September 6, from 5-8 pm at the Holt-Woodbury Funeral Home in Henniker.

A graveside service will be held Wednesday September 7, 2016 at 11 am in Sunny Plain Cemetery, Bradford, NH.