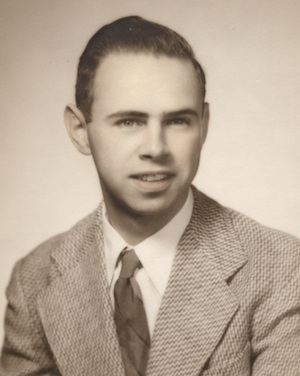 HILLSBORO, NH:  Frank E. Johnson, 85, of Hillsboro, NH died September 8, 2016, at home surrounded by his family after a brief illness.

Frank was born on June 9, 1931 in Peterborough, NH, to the late Lester and Marguerite (Hart) Johnson.  He was a devoted family man with a generous heart.  Frank enjoyed cooking and gardening.  He served in the Korean War aboard the USS Salem and was employed many years as a house painter working for Freddie Gleason.

He is survived by his beloved daughter, Donna Miller, and her husband Duncan, his sons Douglas Johnson, and wife Karen, and Keith Johnson and wife Donna, as well as step-daughter, Victoria Johnson; grandchildren Brandon, Kris, and Cody Miller of Bedford NH, and Jennifer, Cooper, Teah, and Adam Johnson of Hillsboro and Cory and Carrie Thompson of Texas.  He is also survived by his sister Marge Bourgoine of Peterborough, and Robert Johnson of Lynn, Mass.

He was predeceased by his sisters Doris Johnson and Dorothy Avery, as well as brothers Myron, Donald, Charlie, and Walter Johnson.

Military Graveside services will be held on Friday, September 16th, at 10 am at Hillside Cemetery in Hancock, NH.