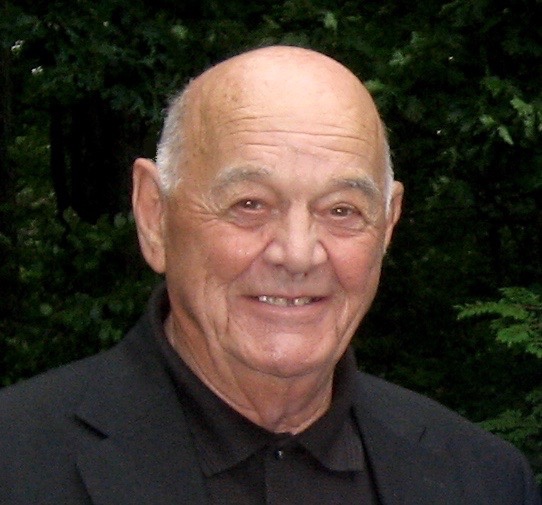 Affectionately known as “Razor” by family and friends, Ray was raised in Henniker, New Hampshire. After high school, he enlisted in the Marine Corps and served both stateside and in Guam in the Pacific region. Throughout his life, Ray’s service to his country was one of his proudest achievements. During his Marine Corps service, Ray married Joyce (Merrill), also from Henniker, New Hampshire. After the Marine Corps, he went to technical college, started a family with Joyce, owned an auto body repair business, and eventually accepted a job as an insurance adjuster. The insurance business moved Ray and his family to Vermont, where he worked for over three decades before retiring. Ray was an avid golfer and co-founded the Carlson Cup, a golf tournament that has run continuously for over five decades. Ray’s integrity, honesty, work ethic, and fun loving approach to life won him the respect and admiration of everyone that knew him.

Ray was predeceased by his wife, Joyce and their baby daughter, his sister, Ruth Kienna, his brother, Carl Carlson, his stepdaughter, Marie Kane and stepsons, Leo Madore and Emile Zombeck. He is survived by his second wife, Marjorie (Madore), his sister, Esther Gould of Bedford, NH, his sister-in-law, Laura Carlson of Henniker, NH, his son and daughter-in-law, Gary and MaryLouise Carlson of Ashland, MA and their children, Anders, Gustav and Clare, his stepdaughters, Claudia Zombeck of Claremont, NH, Theresa Woolbert and her husband Kevin of N. Walpole, NH, Linda Madore of Bellows Falls, VT, his stepsons, Walter Madore and his wife Peggy of Enfield, NH, Dennis Madore of Barre, VT, Joe Madore of Bellows Falls, VT, Ty Madore of Nashville, TN, and Paul Kane of Bellows Falls, VT. There are also several nieces, nephews, cousins, grandchildren, great-grandchildren, and two great-great-granddaughters.

A graveside service will be held at 11 am on Thursday, November 17, 2016 at Henniker New Cemetery.

Donations may be made in Ray’s name to the Intrepid Fallen Heroes Fund (http://www.fallenheroesfund.org).