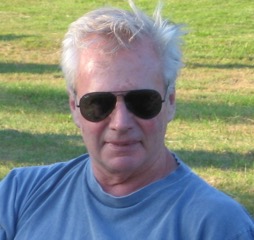 BRADFORD, NH:  Richard “Rick” Holmes Messer, 70, passed away peacefully on Friday, January 6th, 2017 at his home in Bradford. Rick, a lifelong resident of Bradford, was born in New London on May 25th, 1946, to Robert A. Messer and Vivian Woodman Messer. He graduated from Simonds High School and attended Keene State College before serving four years in the Army National Reserve. While in the Reserves, Rick achieved the highest academic standing in his class and was an honor graduate from the Construction Machine Operator course. He also earned the highest grade of marksmanship.

After college, Rick joined his father-in-law, Leonard F. Wheeler, in the excavation business before starting his own company, RHM Construction Inc. in 1979, in which he was still very active until his death. Both of his sons, Rob and Roy “Joe”, worked with him at various times, with Joe joining him full time in 1985. The developments at Oakledge, Mountainside at Newbury, Forest Brook, Allwood, Woodview Heights, Wildwood Dr., South Brook Circle, and Sunset at Newbury were just a few of Rick’s amazing accomplishments. He was well respected in business and in life, and formed many lasting relationships along the way.

Rick spent many years serving the Town of Bradford on the Planning Board and the Road Study Committee.

In Rick’s earlier years, one of his greatest loves was being on the Kennebec River in his Grady White, trolling for stripers or blues. He, along with members of his family, have spent a week at the Hambrecht cottage on the Kennebec for the last forty years. Another great love of Rick’s was sugaring in the spring. It took an enormous amount of time and work, but it was a family business that was passed down from generation to generation, and he was always they first one out checking the taps and the last one to leave after evaporating. He practiced many other family traditions, such as haying the fields in the summer, and logging timber in the winter.

Most of Rick’s days were spent working, but in his spare time, one would find him mowing and taking care of his lawns, which were a passion of his, and God forbid if anyone drove on them. He had an innate love for the land that had been in his family for many generations, and received great satisfaction and enjoyment sitting on his porch gazing over the fields.

Rick is survived by his loving wife of 50 years, Kathie (Wheeler) Messer; two sons, Robert W. Messer of Bradford, and Roy J. Messer and his wife, April, of Newbury; four grandchildren: Darienne, Caitlyn, Bristol, and Remington Messer. He also leaves his sister and brother-in-law, Carol and Mike Radulski of Mason, NH; sisters-in-law, Janet Wheeler Peterson of Vinalhaven, ME, and June Wheeler Chism of Bradford, NH; stepmother Marjorie Messer of Bradford; stepbrother and wife, Richard and Alicia LaPorte of Newbury; stepsister Doreena and Jim Jillson of Merrimack; and several young men whom he treated as sons over the years. He leaves nieces Jaki, Julie, Jolene, and their families, all of Maine, as well as cousins and many, many great friends.

Rick was pre-deceased by his parents, Robert A. and Vivian Messer of Bradford; his sister Sandra Toomey-Messer of Rochester, and his brother-in-law, Ronald Peterson of Vinalhaven, ME. Rick was dearly loved, and will be remembered and terribly missed by those who knew him.

A celebration of life will be held in the spring.