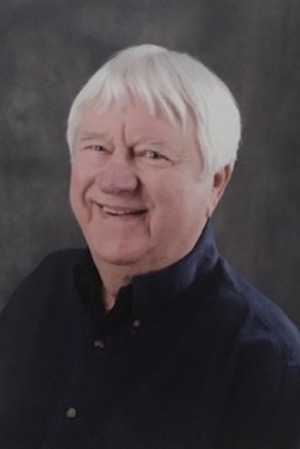 He was born on September 26, 1927 in Cambridge, MA.  While in high school he worked at his father’s IGA store as well as being a star basketball player. He graduated Henniker High in 1946.

After serving in the Army for three years, Arthur married Sally Hazen on June 21, 1953.  They bought the Nook Restaurant in 1953 and ran it until moving to New Jersey in 1957.  Arthur and Sally raised their family in Ho-Ho-Kus and West Long Branch, NJ for 21 years, where Arthur worked in sales.

He retired and moved back to Henniker in 1978. In 1984 he opened the restaurant he'd always dreamed of, Country Spirit.  He was active in the NJ and NH Rose Societies, Henniker Old Timers’ Club, Henniker Lion’s Club, the NH Hospitality Association, and the Henniker Masons, most recently receiving the Senior Member Cane.  In 2013 the Town of Henniker acknowledged Arthur for his 32 years of volunteering.

Arthur had so many interests, and continued to learn. He was a pillar in Henniker, and in the lives of his family. He passed down many passions to them through his humorous and driven spirit.  In his later years, correspondence and the telephone were his lifeline to his friends and family.

He is survived by his wife, Sally Hazen Kendrick of almost 67 years, one brother, David Kendrick and his wife Shawn, two daughters and a son, Toni Kendrick, and her spouse John Johnston, Michael Jon Kendrick and his wife Arife Ozkan and Kathryn Reynolds and her husband David.  He is also survived by six grandchildren, Kendrick Johnston and his wife Cristina Cordaro, David Reynolds, Jr., Jenna Johnston and her husband Mike Herman, Matthew Reynolds, Beyyine Ozkan and Jon Kendrick, three great-grandchildren, Brodie, James and Lily, and many sisters-in-law, brothers-in-law and nieces and nephews.

He was preceded in death by his parents and a sister.