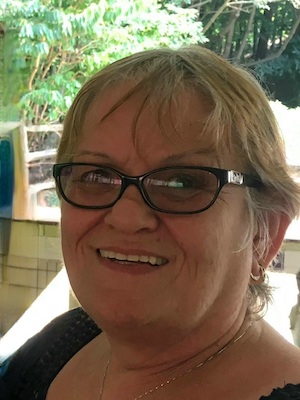 CONCORD, NH:  Brenda Marie Carter, 74 years old, was born on March 11, 1948.  Brenda passed away peacefully on March 23, 2022.  She was the daughter of the late Richard Williams and Alice Patricia Metcalf Williams.

Brenda was born in Liverpool, England.  She was a graduate of the Steers Street Modern Girls’ School, in 1963 and was raised in Liverpool until 1966.

She moved to Boston in 1966 and worked as a nanny and then at Sylvania in Hillsboro, NH until she retired in 2013.  Brenda loved to spend time traveling and talking with her family about life stories and her many adventures with her loving husband of 51 years.  She also loved spending time with friends and family.

A Celebration of Her Life will be held Sunday, April 10, 2022 from 2 to 6 pm at the American Legion Post # 59, Hillsboro, NH, where her husband was a member for many years.

Burial will be in Harvey Memorial Cemetery in Hillsboro, NH.