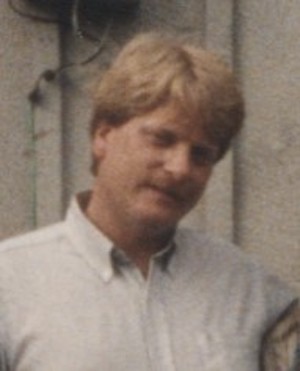 Gary was born September 5, 1956, in Nashua, NH, the son of Winston and Elizabeth (Morgan) Bailey. Gary was raised in Nashua along with his siblings Melanie, Sherrill and Lorrie. He attended Nashua High School.  After school, he earned his certification in circuit boards while working at Kollsman Instruments.

After living in Nashua, NH for many years he moved to Warner, NH in 2001.  He enjoyed the quieter lifestyle of a small town.  Gary embraced his love of music, writing lyrics for songs and poems. He loved getting together with friends, jamming, and playing the harmonica.  Gary recorded several CDs which the family gladly received as Christmas gifts.  Gary performed live with several bands and at times was recorded on their CDS.

He was an avid reader, especially enjoying trading murder mysteries with his sister Lorrie.  Always an animal lover, he not only had cats but would always feed any cat that appeared at his home.

Gary enjoyed getting together with the family for the holidays. He always prepared a food dish for everyone to share. To this day we think of his green bean casserole as his “go to” addition to holiday meals.

Gary loved York Beach, going there as often as possible, always with his harmonica handy for an impromptu jam. We will miss him.

He was predeceased by his late parents, Winston and Elizabeth, his sister, Sherrill and his stepfather Philip Draper.  Gary is survived by his sisters, Melanie (Hankley) and Lorrie (Lemay), brothers-in-law, Bill Hankley and Allen Lemay,  nieces, Kristie and Darcie  and nephews Kelly, Joshua, Matthew, and Cory.

After cremation, burial will be private.

In lieu of flowers, memorial donations can be made in Gary's memory to the American Heart Association.