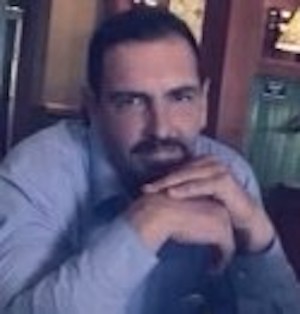 GREENWOOD, ME:  Robert Leo Borowiec “Bob, Basketball Bob”, 51, passed away unexpectedly in Lewiston, ME on January 18, 2022.

Robert graduated high school from Hillsboro-Deering High in 1989 and went on to work at the Monadnock Paper Mills in Bennington, NH for 19 years.  After he left the paper mill he moved to Littleton, NH where he worked for Littleton Public Works Highway Department for 13 years. Upon meeting his soon to be wife, Marie, he moved to Greenwood, ME where he worked at DeBlois Electric Inc. for the last two years until his passing.

Robert was described by his co-workers as very intelligent, patient, always someone you could turn to, always someone who knew exactly what to do and never seen without a smile on his face. His friends described him as the life of the party, a good, caring man who always got along with everyone he met. Robert would do anything for someone who needed his help, he would take the shirt off his back for a stranger. He loved to dance, and sing and never turned down a cold beer or a good bonfire. He loved rebuilding trucks and was a great mechanic. He was one of the hardest working men out there. His motto always was “work hard, play harder, sleep when you’re dead.”  He was a hardworking man but a kid at heart. He was an animal lover and his dogs were very special to him. Robert was truly one of a kind and will be deeply missed by anyone he crossed paths with.

A Celebration of Life will be held in memory of Robert this Spring. The family will let everyone know when a date has been set.

The Holt-Woodbury Funeral Home & Cremation service is assisting the family