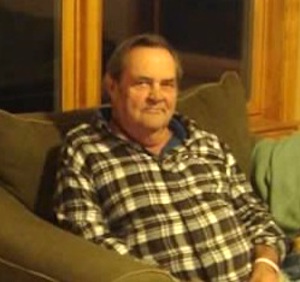 DEERING, NH:  Paul M. Kelly chose January 7, 2021 to be the day he would join his daughter, Katie Kelly Descheneau, who predeceased him in 2018 and his three older brothers, Louis, Peter and Phil who are waiting for their baby brother to join them in a heavenly game of golf.

Paul was born on April 24, 1946 in North Conway to Maurice E. Kelly and Doris Gates, who also predeceased him.  He grew up in Jackson at the family homestead on Carter Notch Road.

Paul is survived by his wife of almost 54 years, Beth, his son, Craig (Hannah) Kelly, parents of Paul II and Paige, his daughter Paula (Justin) Coombs, parents of Owen, Zack, Gavin and Quinn, his son, Ryan and son-in-law, Jeremy Descheneau, father of Wyatt and Ryder. The family goal after his stroke in 2007 was creating memories of Grandpa for the grandchildren.  With the grandchildren, now ages 10 to 18, many memories were enjoyed.  Together they did jigsaw puzzles, watched westerns, had Grandpa at their ball games and watched the Red Sox or Patriots.

Paul attended the one room schoolhouse in Jackson.  For both Junior High and High School, he rode the bus 13 miles to Conway.  Paul entered the Army at age 17 and served three years, which included one year in Vietnam.

At age 21, Paul begin his lifelong career in meat cutting and processing. He learned to cut meat from Ed Carpenter.  Interestingly enough, Ed was taught by Paul’s uncle Bob Kelly in the Boston Market. He worked for many years for Carpenter Beef Co. in Billerica.  In 1974, we bought Mike’s Meat Market in Nashua.  In 1984, Paul opened PYC, a meat processing plant.  PYC was in operation for 22 years.

Paul was a charter member of Granite State Bass Masters.  He entered several tournaments in other states, taking the family with him.  He was also a 15+ year member at Concord Country Club.  Paul was quite competitive in all sports, including cribbage.   He also hunted and enjoyed the time every year at “deer camp” with his brother-in-law, Joe Garland and Timmy Hill.  After his stroke, Paul is the one who actually noticed after years of using the same old cribbage board, the board had one hole too few.

Paul is also survived by his sister, Jane Musselman of Wyoming and brother, Roger L. Perry of Wisconsin.

The staff at Epsom HealthCare has taken wonderful care of Paul for the past 16 months.  We would like to say thank you to the entire staff.

All services will be private.

Because the Kelly family has been in the meat business for so many years, donations in Paul’s memory would be appreciated to the Hillsboro Food Pantry or the Grapevine Family and Community Resource Center, Antrim, N.H.