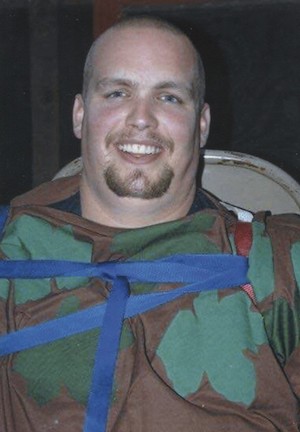 Nick was a firefighter/first responder, trucker, mechanic, ATV enthusiast, gun enthusiast, and one of the most well-known and liked person in Hillsboro, NH.  Nick was a hard worker who brought his sense of humor to everything he did.  He gave, to everyone he touched, a friendship that will last forever.  His pranks are legendary and too numerous to mention.  His kindness was a trait we should all put into practice.

If wealth is measured by true friendship, kindness, caring for people you touched, then Nick Perkins was the wealthiest man alive.  Every one he touched will have lasting memories of him.

He leaves behind his parents, Ken and Judy Perkins, and a brother, Curtis Perkins, of Hillsboro, NH, and many uncles, aunts, cousins and friends who will always carry Nick in their hearts.

A Celebration of Life will be held at American Legion Post 59 in Hillsboro from 12 to 4 on Sunday February 9, 2020.