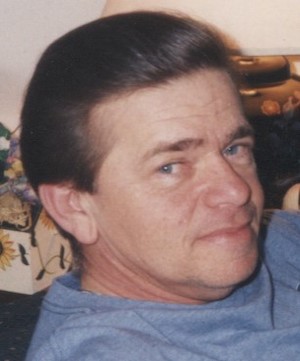 HILLSBORO, NH:  Robert P. Poutre, age 72, of Hillsboro, NH, peacefully passed away surrounded by his loving family on February 22, 2022.  He courageously battled lung cancer for the past two years and although it was in its advanced stages, it took a combination of this, COVID-19, a heart attack,  and pneumonia to bring him down.   Boston strong to the end he scoffed at each ailment individually in a way that would make Big Papi proud.

Robert was born on November 20, 1949 in Malden, Massachusetts. He graduated from Malden High School in 1967 followed by Bryant & Stratton.  After school, he worked in many different vocations, including spending time in Florida as a carpenter.  Additionally, he worked for the US Census, drove truck for CF Air Freight and spent many years working for US Airway.  Before his retirement, at the onset of the pandemic he was a supervisor for the State of New Hampshire’s Maintenance Department.  His incredible work ethic, sharp sense of humor and kind heart made him well known and liked and remembered by many.

He was the beloved husband of 42 years to the love of his life, wife Lorraine Poutre (Lima) of Hillsboro, formerly of Malden, MA, loving father of Eric Poutre and his wife Silvia of Plattsmouth, Nebraska and Sarah, Jaclyn and Amy Poutre, all of Hillsboro. He was the most outstanding grandfather to his four grandchildren, Madyson Pierce, Gabriel Duvernay, Savina and J.R. Poutre.  He also leaves behind several nieces, nephews and his dear friend and cousin, Kenneth Pltcher.  Robert was preceded in death by his father, Harry Poutre, his mother, Theresa (Pauline) Young, and his brother, Danny Young.

The world may never see a more avid, passionate and dedicated Boston sports fan. Given the chance, he could go on for hours about them, we would not be doing his memory justice if we did not mention the 2002 Super Bowl Championship and the 2004 reverse of Bambino’s curse for him one last time.

Robert was a philanthropist who donated regularly to several charitable organizations including, but not limited too,  Saint Jude’s hospital and the Juvenile Diabetes Foundation.  He loved working in his garden, keeping his family’s cars running, fighting with cable and insurance companies, and keeping up with virtually all home repairs himself, both inside and out, always with the best intentions though not always with equaling results.  More than anything he loved time spent with his family.  Yearly vacations to his beloved White Mountains in New Hampshire and Old Orchard Beach, Maine ( he suffered the latter out of his love and devotion to his sweetheart and children.) Less frequent but just as memorable were trips to Walt Disney World and Universal Studios in Florida, or to Nebraska.  Undoubtably his most cherished family vacation was to Latina, Italy for the wedding of his eldest and only son.

Music played a large part in his life, classic rock, especially the Rolling Stones, Led Zepplin, the Beatles.   His family will always fondly remember him putting on his aviators, loading the family in the station wagon and cranking Rock 101 with the cars blasting the Cars up the Kancamagus Highway.

Robert was the hardest working man, most generous, giving and best provider any family could have asked for.  He was heard to remark that he hoped that he would be remembered as a good man. Not only was he the good man he strived so hard to be, he was the greatest man we know.  Except for the cable company and occasional  mailman, the world is a little less ‘taken care of’.  We love you and will miss you until we meet again.

In lieu of flowers, please either donate to the charity of your choice, or to the New England Patriots to they can rebuild their sorry excuse of a Defense, or just go forward in life spreading love, kindness, and compassion in his honor except for the cable and insurance companies.  Give them hell, as Robert would have wanted.