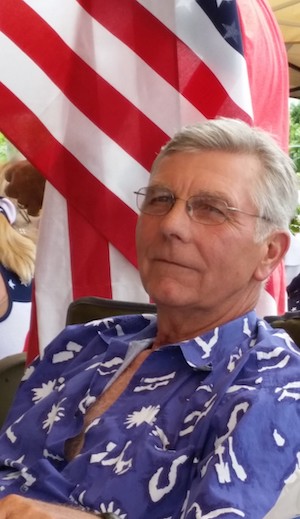 John was born in East Derry, NH. He was predeceased by his parents, John L. Cooper (1998) and Dorothy R. (Devlin) Cooper (2014) and a sister, Shirley Severance (2005). He is survived by his wife of 43 years, Laura (Kennedy) Cooper of Hillsborough, son and daughter-in-law, Matthew and Bethany Cooper of Deering, three beloved grandchildren, Kaleb, Jaime and Hadley Cooper of Deering, sister Beverly Brier of Jensen Beach, FL, Linda Boyle of Newberry, SC, and numerous nieces and nephews throughout New Hampshire and Florida.

After attending school in Derry, John honorably served as a Sergeant in the US Army. He worked many years in the excavation contracting world, and in 2003, he founded and operated LJM Construction, LLC. He enjoyed bowling, NASCAR, football, and was a lifelong fan of Larry Bird! He was especially happy when watching his grandchildren participate in various sport programs and teaching his oldest grandson to operate equipment.

There will be no services or calling hours.

The family will host a memorial gathering when the warmer weather returns, and a beautiful day can be shared by all.