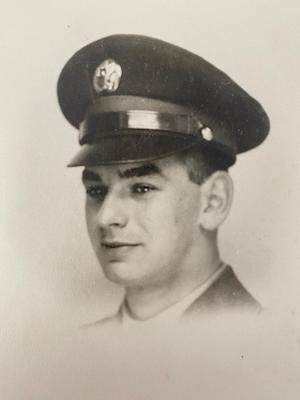 LOUDON, NH: Guy E. Sherman, Sr., 88, a resident of Loudon, NH died at the Concord Hospice House on February 15, 2021 after a period of declining health.

Guy was raised and educated in the Bristol, NH area and settled in Boscawen, NH and later Loudon, NH where he has resided for the last 18 years.

He faithfully served his country in the United States Army, serving from 1952 to 1954 when he was Honorably Discharged at the rank of Captain.

Guy had a long and varied work history which included logging, trucking and maintenance supervision for a couple of overhead door companies prior to settling in Boscawen, NH.  He worked hard to build his own home in Boscawen, NH.  Once his family was settled in Boscawen, he purchased multiple pieces of property, developed and maintained a couple of manufactured housing parks and other rental properties.  He retired in his late 70’s to a beautiful home in Loudon, NH where his pride and joy was mowing and maintaining the plush landscape around his home and watching his wife Marie golf.  His work ethic was exceptional.  His determination to be independent and productive regardless of his health issues was extraordinary.

In addition to his loving wife, Marie of Loudon, NH survivors include his children, Susan Witham and her husband Kenneth Lorden of Loudon, NH, Debra Battye of Missouri and Guy Sherman, Jr. of Brookeville, FL, one sister and one brother of Randolph, VT, 8 grandchildren and 14 great-grandchildren.

In lieu of flowers donations can be made in Guy’s memory to Concord VNA, 30 Pillsbury Street, Concord, NH 03301.