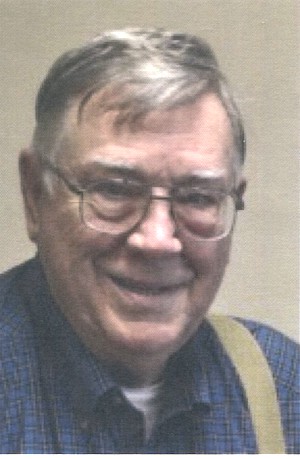 CONCORD, NH:  With deep sadness and much affection, the Rogers family mourns the passing of William Charles Rogers (Bill) of Concord, NH on Wednesday, December 23 ,2020 at the age of 87 years.

Bill was born on January 17, 1933 to Henry and Hilda Rogers in Amsterdam, NY.  He grew up during the Great Depression and learned early to work hard, clean his plate, and sometimes go without.

Shortly after graduating from Amsterdam High School, Bill married Marilyn McKnight, his spouse of 68 years. He enlisted in the U.S. Air Force, serving for four years during the Korean War. After Bill left the Air Force, the couple settled in Contoocook, NH where their son Dana was born in 1961 and their daughter Erin in 1965.

Outgoing and mechanically inclined, Bill built a successful career in sales.  He started off selling auto and marine batteries for Bowers Corporation; his upbeat personality and strong work ethic served him well.  For many years, Bill was the top salesman for Capitol Plumbing and Heating Supply Co. in Concord, N.H.  Talkative and genuinely interested in others, Bill could strike up a conversation with almost anyone. Marilyn recalls an incident when Bill dialed the wrong number while making a sales call, and managed to sell a new water heater to a total stranger.

Helping others was instinctual for Bill, and service shaped the arc of his long life. Bill was an active member of First Congregational Church of Hopkinton for 58 years. First, he worked as co-leader of the Junior High Fellowship, then he became the Church Deacon, and finally he served as a Trustee.

As Co-Director of the Junior High Fellowship when his kids were young, he served on search committees and as a Deacon, and he made Christmas wreaths for the church doors.

But by far his favorite area of service was as a Trustee.  He particularly enjoyed caring for the church property, and he had a special bond with a group of men at the church (the "Grumpy Old Men") who shared this interest in fixing things around the church.  They would meet for coffee on Tuesday mornings and then head to the church to tackle their list of projects.

Bill was someone who was always positive and upbeat and would greet you with a smile and good conversation.  He will be missed.

Bill was a "train man."   He could tell you the line, the engine, make and model number by just spying an oncoming train a mile or so down the tracks.  He dabbled in HO scale modeling railroading focusing on the Boston & Maine Line.

Bill cheerfully made himself available to his two granddaughters Samantha and Nicole, playing doctor on the floor with them for hours and making them wooden toys from scratch in his workshop. His devotion to family contributed to his and Marilyn’s decision to retire in Sundance Wyoming to help their daughter Erin and her husband Keith Noback raise two young grandsons, Rowan and Kieran. Both general practitioners, Erin and Keith worked long hours at the local clinic. They were grateful to have Bill and Marilyn take care of their boys. As the boys grew older, Bill would take them camping and fishing in the Black Hills that surrounded the town.

During their eleven years in Sundance, Bill served on the Senior Citizens Board of Directors and delivered meals on wheels to private households every week. But, in  2015, their grandsons were growing up, and despite enjoying several lasting friendships in Sundance, the couple felt it was time to "come home" to New Hampshire.  They said farewell to Big Sky Country and took up residence at Havenwood Retirement Community in Concord, NH.

Bill is predeceased by his daughter, Dr. Erin Rogers, and survived by his wife Marilyn Rogers, his son Dana, his daughter-in-law Maggie Rogers, and four grandchildren Samantha and Nicole Rogers and Rowan and Kieran Noback.

Bill will be missed for his genuine friendships, his hearty laugh, and his gentle kindness.

A graveside service will take place in the spring in Contoocook Village Cemetery’s Memorial Garden.

Rescue cats and dogs were an integral part of the Rogers' household, and donations to the SPCA in memory of Bill are appreciated.