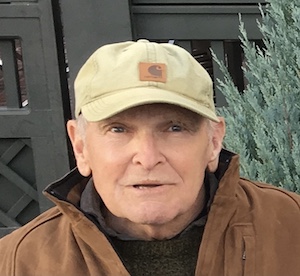 He was born in Arlington, MA and spent his life in New England. As a 20-year-old, he lived in Boston area.  Newly married to Susan S. Adams, Clay entered the clothing industry with a small men’s store. After cutting his teeth in retail, he established his own business as a manufacturer’s representative. He was highly regarded by both clients and fellow tradesmen throughout his 50-year career. In the mid-1970s, Clay and Susan moved their family of five to Newport, RI, where they enjoyed the long summers spent on beaches and in Newport Harbor on board their 17-foot motor boat named “My Three Sons.” Though not a college graduate himself, Clay took immense pride in the education he and Susan provided their children.

Clay’s retirement years were highlighted by small town life in Henniker, NH. He found great joy living along the Contoocook River.  He was a fervent follower of Red Sox baseball and celebrated their many World Series triumphs that followed the decades of torment caused by a team that, in the 20th Century, defined different ways to lose. His greatest pleasure in life was spending time with his seven grandchildren: Rae, Isaac and Abigail of Tucson, AZ,  Jacob and Colby of New Bedford, MA, and Malin and Luke of Litchfield, CT.

A Funeral Service will be held at 11 am on Tuesday, August 10, 2021 at the Henniker Congregational Church.