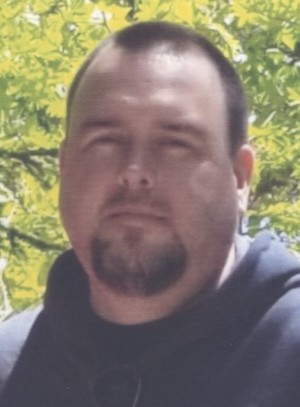 HILLSBORO, NH:  Stephen Walker Ellis, 47, of Hillsborough, NH died peacefully in his sleep at his home on April 6, 2022.

Stephen was born on November 16, 1974, in Stoughton, MA to Mary Ann Jean and David Michael Ellis. Stephen grew up in Brockton, MA where he attended Southeastern Regional Voc/Tech. Then, Stephen moved to Hillsborough, NH where he was employed at Pitco in Concord, NH for several years. In 2011, he started working at AMS-Osram where he was an accomplished and skilled mechanic until his passing. While working at Osram Stephen met his loving wife, Heather Lynne Ellis.

Stephen was an accomplished artist that saw success in a variety of skills branching from painting to woodworking. Through his ownership of The Ninth State Flag Company, he was able to express his love and enthusiasm for the state of NH, woodworking, and share his patriotism with the community through his impeccable craftsmanship. Stephen always showed passion and diligence in every project with determination and excitement, he never backed down from a challenge. He was an avid collector, with a very special interest and love for memorabilia from the 80s. Stephen was a proud fan of the New England Patriots and the Boston Red Sox. He will be remembered by many in the community for his love and commitment to Halloween and his spectacular and extravagant decorations and displays every year.

A Memorial Service is scheduled for Thursday, April 14, 2022 between 4:00 to 6:00 p.m. at Holt-Woodbury Funeral home located at 32 School St, Hillsborough NH. All are welcome to attend and celebrate Stephen’s life.