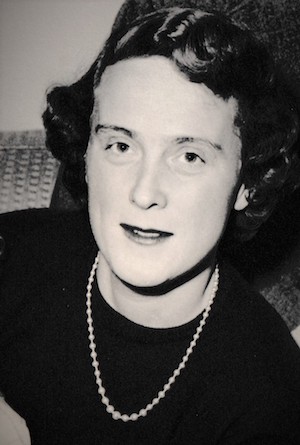 HOPKINTON, NH:  Priscilla Delaney Cox Byfield, 94, of Hopkinton, NH, passed away peacefully on November 22, 2019, at the Hospice House in Concord, with her loving family by her side. Although the day had been gloomy the sun peeked out at that moment and a beautiful red cardinal appeared on the railing. A symbolic message indeed!

She leaves behind three sons, Phillips Byfield III and his wife Sara, of Bradford, Kip Byfield and his wife Janet, of Bradford, and Stephen Byfield of Henniker. She is survived by four grandchildren, Jessica Dunlap and her husband Bob, Tyler Byfield, Nathaniel Byfield, and Delaney Ordway, six great-grandchildren, her beloved niece Gretchen Beanlands, nephews, cousins, many close friends, neighbors and colleagues. Priscilla was much loved and will be missed terribly. Her last words were “I love you all.”

Priscilla, (aka P, Prilly, B, Grammie), shared many colorful stories about growing up in the 1930’s.  Her father was a renowned Landscape Architect and she often travelled with her parents across the US.  Priscilla attended Syracuse University, graduated from Simmons College and was married in 1948 in Henniker.  She raised her family in Lisbon Falls, ME, Rutherfordton, NC, and Spartanburg, SC, where she became a schoolteacher and worked for The Spartanburg County Foundation.

Her roots in Henniker ran deep; her father was one of the founders of New England College and her grandfather’s home, The Sanborn House, still remains and was gifted to the college in the 1960s. “Prilly” spent her summers on Lake Massasecum and remembers dances at “The Casino” and shared many stories of what life was like after WWII.

Despite the many moves, she had a lifelong love of the ocean, often enjoying trips to Popham Beach in Maine and rides over to Rye, NH, for a “lobster roll”. When her husband passed away she moved to New Hampshire in 1983, and permanently settled in Hopkinton in 1986.

She is remembered for her ability to recall astounding details and aspects of her life and never forgot a birthday or anniversary of her family or friends. She worked for Franklin Pierce Law School for many years as Assistant to the Dean and oversaw the Moot Court. At age 89 she took part-time position with the State of NH Land and Tax Appeal Office and retired at the age of 93.

Priscilla loved to travel and visited many countries, often traveling with groups, and she was a charming companion, always making new friends along the way. She enjoyed art and music and movies throughout her life and was active in politics and volunteering. She was an accomplished seamstress and also loved gardening.  Even the ladybugs who invaded her home every year will miss her!

A private burial was held on November 26, 2019 in the Henniker Cemetery where she was buried beside her husband. A celebration of her life, to include all who knew her, will be held in June, 2020.