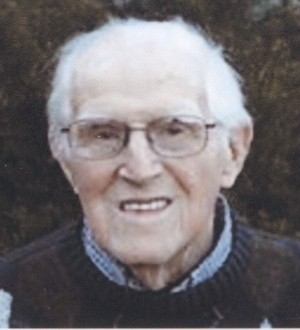 He was born on January 29, 1922, the son of Charles W. and Ruth Travis Harvey.  The valedictorian of his Hillsborough High School class, he completed his BA degree at Tufts University and earned MA and PhD degrees in psychology from the University of Connecticut.

Phil served as a navigator and radar specialist in the Army Air Corps during World War II and the Korean War, retiring as a Lieutenant Colonel.  In 1949 he married Elizabeth Williams of Walpole, MA, and they had two sons. After his wife’s death in 1966, Phil’s mother spent the school year with the family to help with the boys.

Phil joined the Educational Testing Service in Princeton, NJ in 1956 and became director of ETS’ advisory services in Evanston, IL.  In 1968, in Evanston, he wed Jean Stevenson, a special education teacher. When Phil retired from ETS in 1985, the couple moved to her home town of Fontana, Wisconsin. There, Phil restored several houses, one of which is now on the National Register of Historic Places, and also renovated a neighborhood grocery, an antiques store, and several other old buildings. He served as a County Parks commissioner and as a member of the local tax board, and in his spare time he tried his hand at painting, tinsmithing, and wood crafts.

After Jean’s death in 2004, Phil renovated his mothers’ old cottage on River Street in Hillsborough, returning to live there in 2006. He was active in local historical societies and served on committees on river restoration, parks development, and local economic development. In his 80s, he was elected to a term in the New Hampshire Legislature.  In his 90s he authored a book-length memoir about growing up on River Street and from time to time published opeds on current issues.

At the time of his death, despite rapidly failing health, he was planning a dinner party for his friends and doing research on Charles I of England.

Visitation will be at the Holt-Woodbury Funeral Home& Cremation Service 32 School St in Hillsborough, NH from 5 to 7 on Tuesday, February 5, 2019

In lieu of flowers, donations may be made to the Hillsborough Historical Society or the Society for the Protection of New Hampshire Forests.