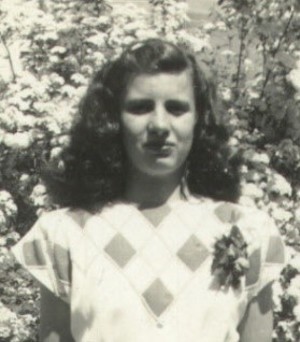 ANTRIM, NH:  Mary Ellen Cutter passed away Sunday, February 24th, 2019 after a period of declining health. She was born on April 10th, 1933 in Peterborough, NH, a daughter of John and Nellie (Mudge) Thornton.

A loving wife and mother, Mary Ellen was predeceased by her husband, Maurice and son, Mickey. She is survived by her three sons, David and wife Jodie of Peterborough, NH, Steven and wife Karen of Cornish, NH and Kevin and wife Alice of Antrim, NH. She is also survived by her sister, Betsey and her husband Michael of Toyoko, Japan (and Stoddard NH), and 10 grandchildren, Roberta, Trevor, Amanda, Aliza, Jake, Jesse and Emily, Jen, Kerrah, and Meg. She is also survived by eight great-grandchildren

Mary Ellen grew up in the town of Antrim, and attended Antrim High School. In 1952, she married Maurice Cutter and they remained married for the next 55 years until Maurice passed away. Mary Ellen worked for several years at Sylvania in Hillsboro, NH and later as a bookkeeper for several different firms.

Mary Ellen was a strong woman who enjoyed gardening and all things outdoors. Camping was a love of both Mary Ellen and Maurice and they often spent time at Greenfield State Park, Pillsbury State Park, and at Recompence and Hermit Island campgrounds in Maine as well. Shortly after Maurice retired, they camped their way across the US and Canada in a trip to Vancouver.  Mary Ellen also loved to sew and quilt. She made 10 quilts, one for each of her grandchildren. She also enjoyed knitting.

In accordance with her wishes, Mary Ellen will be cremated and there will be no calling hours.

A Celebration of Life and spreading of ashes of Mary Ellen, and her husband Maurice, will be held in the Spring. The place, date and time will be announced at a later date.