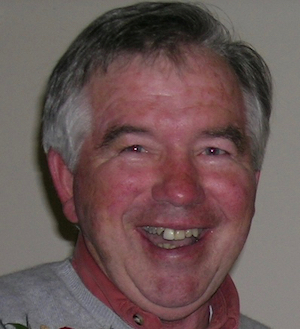 CONTOOCOOK, NH:  Richard “Dick” Drescher, long-time resident of Contoocook, NH, passed away peacefully at Concord Hospital on December 26, 2019 in the presence of his family.

Richard, born in December 1935 to Ruth and Albert Drescher of Contoocook, was a well-known and active member of the Contoocook community for many years.

Raised between the railroad tracks and Rte. 3A in Bow NH, Richard attended the Bow Elementary School and later attended Concord High School where he met his wife-to-be, Susan Morton. He graduated Concord High School in 1954 and then took a stint in the Army in 1955, serving in Germany in the 5th Missile Battalion. He married Susan in 1956 and they lived in Germany together for a time while he served out his enlistment.

He was employed in the early 1960’s with the A & P Tea Co. until 1986, starting as a clerk in the downtown Contoocook store, near the Covered Bridge Restaurant, and then working his way to up to manager in the Park Ave. location, where it was until 1986. He then took over the space for his own store, the Villager Market, and ran that for a few years until selling it to the current owners of the store occupying the space now. He was an active citizen in Contoocook and Hopkinton, serving as a member of the Hopkinton Budget Committee, Contoocook Precinct, and Cemetery Committee, and was always available to help in numerous other activities and community events. He was an active member of the Odd Fellows for many years and also was the local Scout Master for the Boy Scouts.

He and his good friend, Fred Murphy, organized and ran the Contoocook River Scramble Canoe Race for many years on the 4th of July, and he consistently supported the Methodist Church, of which he and his family were members.  His activities and hobbies included canoeing, fly-fishing, old cars and reading non-fiction. He owned a beautiful 1965 Corvette for many years and he and Sue were very active in the Profile Auto League (PAL).  One of his most cherished activities was being a member of the Algonquin Sportsmen’s Club in Errol, NH.  The Algonquin Club has many members from Contoocook and he spent much of his time there, fishing with good friends and family.

Richard was pre-deceased by his wife of 60 years, Susan, and is survived by his two children, Peter Drescher of Montpelier, VT, and Rebecca Pillsbury and son-in-law James of Chichester, NH, and two wonderful grandchildren, Carter and Mason Pillsbury, 17 and 15, respectively.  He is also survived by his sister, Judith, and her husband, Dana Call, of Boscawen, NH, his sister, Jayne, and her husband, Richard Schoch, of Contoocook, and his brother, Donald Drescher, also from Contoocook, NH, and several nieces and nephews.

Calling hours will be at Holt-Woodbury Funeral Home in Henniker, NH from 3 to 5 pm on Thursday, January 9, 2020.

A Service will be held on Saturday, January 11th at the Contoocook United Methodist Church in Contoocook, NH at 11:00 am.

Richard will be buried adjacent to his wife in the Contoocook Village Cemetery in the Spring.