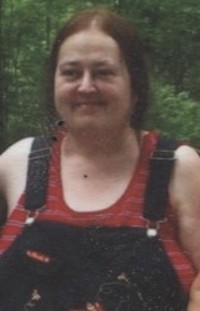 She grew up, married, and raised a family in the Antrim/ Bennington area, where she attended ConVal High School. Nylene was known by her friends for her sense of humor and her green thumb. She was a lover of flowers, plants, and animals, especially birds, a hobby she passed on to her grandson Xander.  Nylene recently retired from Brailsford & Company in Antrim, NH, and happily spent her new found free time with her grandsons.

She is survived by daughter, Jessica and husband Michael Auerbach of Putney, VT, son, Richard and wife Erica Snyder of Antrim, NH; four grandchildren, Conrad of Putney, and Xander, Finn, and Leo of Antrim.  She is also survived by her sisters, Brenda Cassidy of Lyndenboro, NH, Bonita Steele of Antrim, NH, Trudy Carter Sands of Hillsboro, NH and her brothers, Bill Martin of FL and Steven Hill of VT. She was predeceased by her sister Audrey.

Per Nylene’s long time request, there will be no funeral or ceremony.