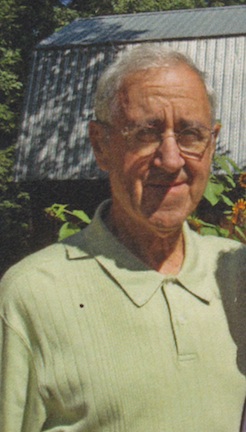 Donald was President and CEO of Harry E. Burke and Sons, Inc., a construction company that he founded with his father, located in Watertown and later relocated to Somerville, MA.   After returning home following military service in the U.S. Navy Construction Battalion, Donald attended Wentworth Institute of Technology in Boston, MA studying building construction, continuing the education he received in the Navy.  While in the Navy he was stationed in Norfolk, VA, Guantanamo Bay, Cuba and attended school at the Naval Base in Port Hueneme, CA.

In 1959, he married the love of his life, Marjorie Mogan of Lexington, MA.  His first memory of her was when he was eleven years old working for his uncles on their ice truck and he delivered ice to the tenants who rented rooms in her parent’s home.  They built their home in Lexiington where they raised their two sons, Lloyd and Ward.

For many years Donald was a Corporator and Director of the Watertown Savings Bank.

Donald and Marjorie enjoyed many travels throughout the United States, cruising the Caribbean, touring Zimbabwe and China, and attending Rotary International Conventions in Germany, Korea, and Australia.

He was an active member of the Episcopal Church, serving as Vestry member and Senior Warden of Church of Our Redeemer in Lexington.   His diocesan activities included serving on the Finance Committee, Diocesan Council, and as Chair of the Stokes Fund Loan Committee.   Donald was Deputy of the General Convention of the Episcopal Church representing the Diocese of Massachusetts seven times.  He served on the Stewardship Committee for several conventions.   He especially enjoyed a six-year appointment to the Joint Standing Committee on Stewardship and Development for the national church.  Donald also served on the Board of Trustees of the Episcopal Divinity School in Cambridge. MA for ten years.  In his retirement years in he was Senior Warden of Holy Cross Church, Weare, NH.

His building career brought him great joy, he never saw it as work, more as fun and challenging.  The two projects that brought him the greatest honor and pleasure during his long career were rebuilding the Church of the Good Shepherd, his church growing up, after a disastrous fire in 1958 and building a new worship space addition to his retirement church in Weare in 2003.  Donald and Marjorie had the great privilege of being the first couple married in the church they grew up in following the rededication after the fire.

In retirement, Donald enjoyed tending his vegetable garden, maintaining his wood lot, restoring an antique Willys Jeep and serving as Chair of the Cemetery Commission in Weare.  He was also a member of Philbrick-Clement Post #65 of the American Legion where he served a term as Chaplin.

Once diagnosed with Alzheimer’s, he and Marjorie wrote a dual memoir, Melting Ice ~ Shifing Sand, sharing the first six years of their journey with this disease.  His description of how he felt dealing with this disease is standing on melting ice where he was unstable.

Donald will be remembered as a man of deep faith, who was caring and compassionate with a great sense of humor that he never lost, often saving a difficult situation.  He will be greatly missed by family and friends.

He is survived by his wife, Marjorie, of almost 59 years, son Lloyd and his wife Janis of Carlisle, MA, son Ward and his wife, Sig, of Watkinsville, GA, and six grandchildren, Andrew, Hillary, Kalie, Dylan, Max, and Jake.

The family wishes to thank the staff at Granite Ledges in Concord for the exceptional care of Donald for close to three years and to Concord Hospital and the Concord Area Visiting Nurse Hospice Care for the care he received during his last days.

A Celebration of Donald’s Life will take place on Saturday, October 13, 2018 at 11:00 am at Holy Cross Church, Center Street, Weare, NH.   A reception will be held at the church following the service.   The family will greet friends and family beginning a 10:00 am prior to the service.  Burial will take place later in the day at Johnson Cemetery in Weare.