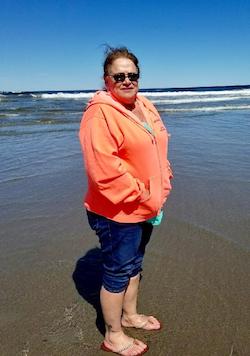 Joann was born in Peterborough, NH, the daughter of Merlene (Aborn) Murray-Lang, and the late Joseph Murray (1998).  She was a member of the 1978 graduating class of ConVal High School, as well as a long time employee of Albertos Restaurant in Bennington, NH. Joann also spent many years working at Dunkin Donuts in Warner and Concord. She loved spending time at the beach, and cherished the time she had with her children and grandchildren.

A fund has been established to help the family with memorial costs, and donations can be sent to 'Joann Rajaniemi Memorial Fund, TD Bank, 11 School Street, Hillsboro, NH 03244, or dropped off in person at the Hillsboro or Peterborough TD Bank. A celebration of life will be held at a later time.