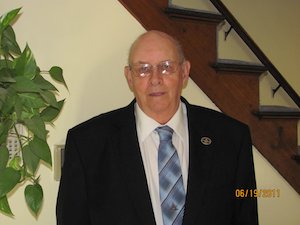 Bob married his bride of 53 years, Virginia Bolliger Burton, on October 21, 1964, in Troy, NY.  In 1968 he moved his growing family to the countryside of Boytonville, NY where he resided until work brought him to New Hampshire in 1976. He retired from PEP Direct, Inc. in 2007 after 22 years of loyal hard-working service.  In his retirement he enjoyed his grandchildren, gardening, his birds, watching Mass on television and taking trips around the country.  He was so very proud of traveling to England and Ireland to see he grandson perform with his college ensemble.  He was also an active member of Harmony Lodge #38 F. & A. M. in Hillsboro, NH, serving two terms as the Master of the Lodge in 2014 and 2015.

Funeral services will be held on Saturday, June 30, 2018 at St. Mary’s Church in Hillsboro at 11:00 am with Father Marcel Martel officiating, followed by a Masonic Memorial Service (open to the public) and reception at Harmony Lodge #38 in Hillsboro.

The family will be available for condolences at the church in the hour prior to the service.

In lieu of flowers, memorials may be made to St. Jude Children’s Research Hospital (stjude.org).