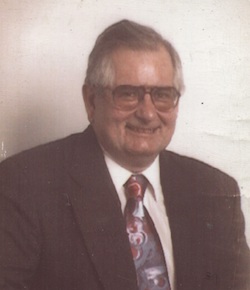 WEARE, NH:  Gilbert A. Bockus, 77, of Weare, NH passed away peacefully on Friday, January 5, 2018 at The Hillsboro House in Hillsboro, NH.

After graduating Weare High School in 1958, he worked for Granite State Telephone Company for nearly 40 years, retiring in 1996. He opened “Gil’s Gallivanting Express,” where he shared his love of travel and knowledge of NH sites and popular tourist attractions with many. He was an active member of the Data Processing Managers Association, Telephone Association of New England and Independent Telephone Pioneers Association for several decades. He served locally, regionally and nationally and was recognized for his outstanding service. He served in the Air Force Reserves (1960-1962) and was a member of the American Legion Philbrick-Clement Post #65 in Weare. He was also a 50+ year member of the Masonic Fraternity.

A Celebration of Life Service will be held Thursday, January 11, 2018 at 11 am in the Weare Christian Church, 10 Concord Stage Road, Weare, NH.

In lieu of flowers, and in the true nature of Gil, please donate to the charity of your choice.