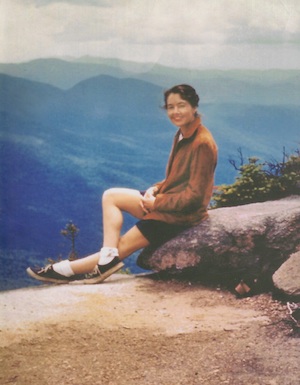 WARNER, NH:  Ruth Libby Williams died at her home on August 27 at age 89. She was the daughter of George and Ellen Libby. She grew up with her two older brothers in the Libby homestead on Park Avenue in Contoocook until World War II, when the family moved to California while George worked in the naval shipyard. She graduated from San Pedro High School there.

After the war the family returned to Contoocook. Ruth married William Little, Jr., of Webster. They had a daughter, and they divorced in 1953. In 1962 she married Robert Williams.

Ruth worked many and varied jobs over her lifetime.Her first love, however, was gardening, and plants and nature in general. As a child she spent much of her time in the woods, and as a young woman she hiked often in the White Mountains. She loved animals, and there was almost always a cat in the house. Every home she made was surrounded by flowers, with sometimes a small pool for frogs, and she enjoyed clearing wildflower-lined paths among the trees on her property. At eighty-nine, she still worked in her flower gardens daily as the weather allowed.

Ruth was pre-deceased by her husband of nearly fifty years and her two older brothers.

She is survived by her daughter Kathleen Little Sorokin and son-in-law Nikolai, a granddaughter and her husband, and a great-grandson, all of Bowie, Maryland; six nieces and nephews; a cousin; and two step-daughters.

A graveside prayer service at the Contoocook Cemetery has been arranged by Holt-Woodbury Funeral Home in Henniker.

In lieu of flowers, donations may be made to the Society for the Protection of New Hampshire Forests, 54 Portsmouth Street, Concord, NH 03301.