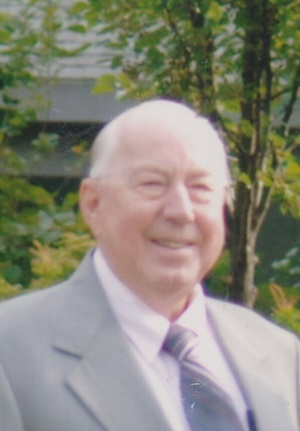 Russ was born October 4, 1927 to the late James A. and Bernice L. (Rand) Whitney. He was predeceased by two wives: Barbara (Watson) Carson and Lillian V. Carson.

Russ owned and operated the Holmes & Wheeler Oil Company in Derry, NH for over 33 years, then worked at the New Boston, Air Force Tracking Station, retiring in 1992. After retirement he wintered in Port Richey, FL, to be with many long time high school friends.

He was a life member of the Lions Club in Derry, NH. He served in the U.S. Army 1st Cavalry Division during the WWII occupation of Japan 1946-1947.  He also served a second tour with the 7th Infantry Division to south central Korea. While in Korea he was wounded and received the Purple Heart.

Survived by his friend and companion, Jacquelyn L. Putnam, of Sandwich, MA, two sons, Stephen R. and his wife Meg Carson, of Henniker, NH and Bradley A. and his wife Marvis Carson, of Derry, NH, two daughters, Nadine and her husband Bill Hutton, of  Fort Collins, CO and Natalie and her husband Reno Nadeau, of Derry, NH, eight grandchildren, and eleven great-grandchildren.

Graveside services will be held Thursday, September 21, 2017 at 11 am in Great Hill Cemetery, Chester, NH.

Donations may be made to a charity of one’s choice.