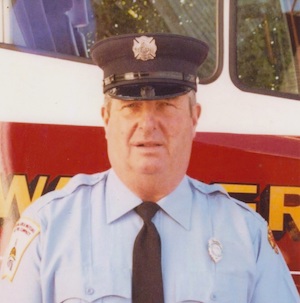 Philip was born in Concord, NH on April 23, 1945 to Elver and Sadie (Colby) Rogers of Warner, NH. Philip was a lifelong resident of Warner, himself.

In his younger years, Philip learned to operate heavy equipment and was employed by many construction companies and worked on various road and construction projects. Philip later became the Warner Road Agent and held this position for three years. He then moved on became the Foreman for the Warner Highway department. He held this position from 1985 to 2007 until his retirement.

Philip was a member of the Warner Fire Department for 49 years and was also a Deputy Forest Fire Warden for the State of NH for 40 years. Philip was the co-owner and operator, along with his wife Marian, of Rogers Maple Syrup. This has been Philip's lifelong passion since he was a teenager. He produced some of the best maple products in the area. He was also a member of the New Hampshire Maple Producers Association for many years.

Philip was predeceased by his parents, Elver and Sadie Rogers, his brother, Richard Rogers and two sons, Michael and Kraig Rogers.

Philip is survived by his wife of 53 years, Marian (Mock) Rogers, a son, Keith Rogers of Franklin, a daughter, Kristine (Rogers) Havey and husband Robert of Warner, a son, Kalvin Rogers and his wife Courtney also of Warner, a grandson, Ryan Kraig Havey, two granddaughters, Kaydence and Laney Rogers of Warner and a stepgrandson, Brandon Havey and his wife Irena of Victorville, CA.

Graveside services will be held on Saturday, September 23, 2017 at 1 pm at the Schoodac Cemetery on Schoodac Rd in Warner, NH.

In lieu of flowers donation may be made in his name to the Warner Fire and Rescue Department, 27 East Main St, Warner, NH, 03278.