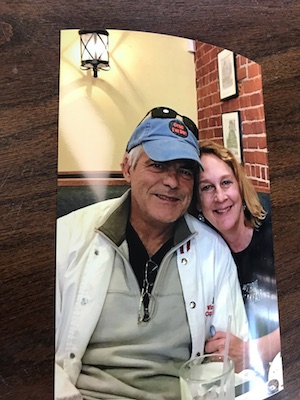 Raised in Contoocook, NH, Brett attended and played soccer and basketball at Hopkinton High. He went on to work as a Master Mason in several states before settling in Newington, CT. Brett’s work can be seen at places like Yale University, homes of professional athletes and a number of other esteemed locations.

He enjoyed traveling, car racing and spending weekends with his family in his camper.

Both the calling hours and the service will be held Friday, September 29, 2017 at St. Theresa’s Church in Henniker, NH. Calling hours are 10:00 to 12:00 noon with the service immediately after. There will be a reception at John and Joanne Herrick’s home at 384 Burnham Intervale, Contoocook, NH.

The Holt-Woodbury Funeral Home Henniker, NH is assisting the family.