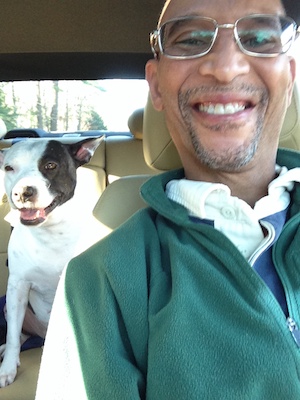 Bobby was born in the Bronx, New York on April 21, 1962 and grew up in Brentwood, Long Island. He was the son of Bobby and Connis (Cogman) Jones. Bobby was the owner of the successful painting company, New Era Professional Painting.

Wherever he went, Bobby's amicable and humorous personality permeated. In his profession, he was esteemed for the superb quality of work he provided his customers. This was the basis of his success in his career.

Bobby was fully of life and energy. He went out of his way to make you smile. His bright and positive outlook on life would easily lift your spirits and made him a joy to be around. He strived to improve the happiness and lives of others and to brighten their day.

Accuracy, integrity and honesty were very important to Bobby. Getting things done right the first time is what he strived for. For example, he wanted to make sure he pronounced your name correctly, he made sure to find and follow the correct procedure for anything he did. Where he found himself to have done wrong, he attempted to correct it on the spot. Bobby’s care for quality, accuracy and precision contributed to his success in his field and this is evidenced by the number of people who called him for repeat service over the years and those who recommended his painting services to others.

Bobby Jones was adored and respected by everyone who knew him.

Bobby loved spending time with his kids and family, working, fishing, boating, watching spots, working out, wrestling and taking walks with his dog.

Bobby leaves behind his three children, Lorraine, Gregory and Heather as well as his two ex-wives, Maria Jones and Mai Tanapattanachai, respectively, and his dog, Elsie. Bobby is also survived by his mother, Connis Jones, father, Bobby Jones, and sisters: Roxyanne Stark, Chaundra Jones, Deidra Feingold and Deven Jones, as well as numerous aunts, uncles, cousins and too many friends to mention.

At Bobby's request he was cremated by the Holt-Woodbury Funeral Home in Henniker, New Hampshire.

A memorial service is being held on Sunday at the Church of Scientology in Boston, Massachusettes. The address is: 1515 Hancock St. 3rd floor #306, Quincy, MA 03169.