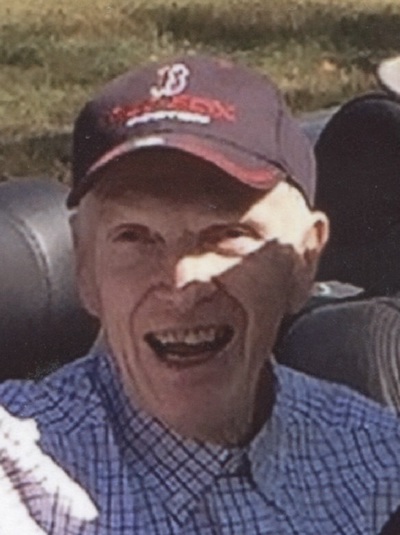 Bruce was born on May 3, 193,3 the youngest son of the late Ester (Sawyer) Cuddihy and Richard Cuddihy.

He is survived by his beloved wife of 65 years, Elaine (Fournier) Cuddihy and his only surviving sibling, Norma Cuddihy, of Wilton and her son Danny, of Antrim.  Other surviving family members include Edythe and Donald Paige, Bruce’s sister-in-law and brother-in law, as well as other family members.  Bruce and Elaine have two children, a son, Richard Cuddihy, of Clarkston, WA and his wife Stephanie and stepson Evan (Currin) and Richard’s son, Jeremy Cuddihy and his wife Bridget Wimer of Washington State, and a daughter, Melissa (Cuddihy) Schibly and her husband, Peter and their two boys, Nicholas and Andrew, of Litchfield NH. Bruce was a generous, loving husband, father, grandfather, and uncle. His greatest joy was spending time with his family.

Bruce was born in Peterborough NH, but has called Antrim, NH, home for his entire life. During the Korean War, Bruce was enlisted in the Army. Monadnock Paper Mill was Bruce’s place of employment for 25 years, until his retirement in 1985.

Bruce was a generous community member, who volunteered endless amounts of hours bettering the town of Antrim.  He was a member of the Board of Selectmen, the Board of Cemetery Trustees, and the Odd Fellows, and was a volunteer for the Antrim Fire Dept. Additionally, Antrim Little League was fortunate to have Bruce as a youth coach for many years. Bruce was asked by the town to supervise the renovation of the town hall. The love for the town and townspeople of Antrim that Bruce had was indicative of his generosity with his time and volunteerism. Bruce had a vision of a gazebo to be built behind the town hall that would be available to the town of Antrim for concerts, memorials etc. He enlisted a group of his friends, including Pat Webber, Bob Allison and Carter Proctor, to help with the designing, planning and building of the gazebo. This group was instrumental in helping Bruce realize his vision. They referred to themselves as the “over the hill gang”.  In July, 2015, the Antrim Annual Home and Harvest Festival Parade invited Bruce to be the Grand Marshall, which he proudly accepted. Sports were one of Bruce’s passions, and he regularly watched the Red Sox. As a successful student athlete, Bruce was offered an athletic scholarship to attend Cushing Academy during his post graduate year to play basketball and baseball. It was from there that he was actively recruited to play for the Boston Braves. However, Bruce chose to continue his education and attended New England College, in Henniker, NH.

Another of Bruce’s passions was woodworking.  Bruce and Elaine had a shop in town, The Pumpkin Patch, where Bruce created wooden furniture and structures, and Elaine lovingly painted each one. Bruce was also an avid gardener, and could be spotted puttering in their flower and vegetable gardens every day.

Service & Burial will be held at the convenience of the family.

In lieu of flowers, donations can be made to the Antrim Fire Dept. at 66 Main Street, PO box 517, Antrim NH, 03440 or Alzhiemer’s Foundation of America at www.alzfdn.org under donations-Bruce Cuddihy.