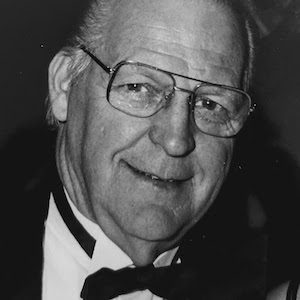 HILLSBORO, NH: William (Bill) Burrows, of Hillsboro, NH, passed away at his home on Monday morning, December 11th, at the age of 77, of pulmonary fibrosis.

Bill was born to parents, Walter and Delpha Burrows on July 21, 1940, in Framingham, MA.  He was the second oldest of 6 children and attended school in Bennington, NH.  Following school, he joined the Navy Air division for a 4-year term.  He then worked as a machinist at NH Ball Bearing for 35 years. He married Sandra Rafuse on October 9, 1971 and they celebrated 46 years of marriage this year. One of his passions was stock car racing, he drove stock cars for 27 years and then worked as a crew member on his son-in-law’s and then his grandson’s race cars.  He also enjoyed hunting and fishing. After retirement, he took up golfing.

Bill leaves behind his loving wife and two daughters: Penny Griffin, of Hillsboro and Teri Brehio, of Hopkinton, along with their spouses John Griffin and Glen Brehio.  He has four grandchildren that made him extremely proud:  Troy Griffin, Taylor Burrows, Austin Brehio and Ashlee Brehio.  He also left 3 beloved cats.  His cats were like his children.

He also leaves behind his brother David Burrows, and sisters Pauline Wood and Frances Shackett. He was predeceased by his parents, and brothers Allen and Thomas.

Calling hours are to be Sunday, December 17th, 2017 at Holt-Woodbury Funeral Home

Funeral services will be Monday, December 18th, 2017 at the Hillsboro United Methodist Church, 16 Henniker Street Hillsboro NH at 10:00 am.

In lieu of flowers, donations can be made to the no-kill shelter, www.bestfriends.org or any other animal rescue of your choice.