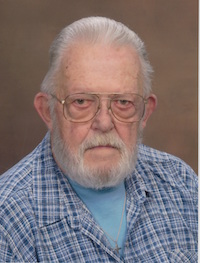 He was born January 26, 1938 to the late William III and Dorothy Rose (Bohling) Chalfant.  He was also predeceased by a brother William Chalfant IV.

After High School he enlisted in the U.S. Navy for six years.  After the Navy, he attended Lescester College for two years.  He served nine year with the NH State Police, two years with the Warner Police and nine years  with the Hopkinton Police.

He leaves his sister, Gail Huntting of Wilmont, NH, his former wife, Pamela Chalfant of NY, two sons, William and wife Carina Chalfant and grandson Jacob, and Michael and Nathalie and granddaughter Alexis and grandson Joshua.  He also leaves behinds cousins and many nephews.

Calling hours will be held Saturday April 22, 2017 from 10 am to 2 pm in the Holt-Woodbury Funeral home & Cremation Service Henniker, NH.

Burial will be private in the NH Veterans Cemetery in Boscawen, NH at a later date.

Donations may be made in his name to the Hopkinton Rescue Squad, 9 Pine St, Contoocook, NH 03229.